HUGE SPECIAL ON BONELESS CHICKEN BREASTS! Up To $4/lb Off! 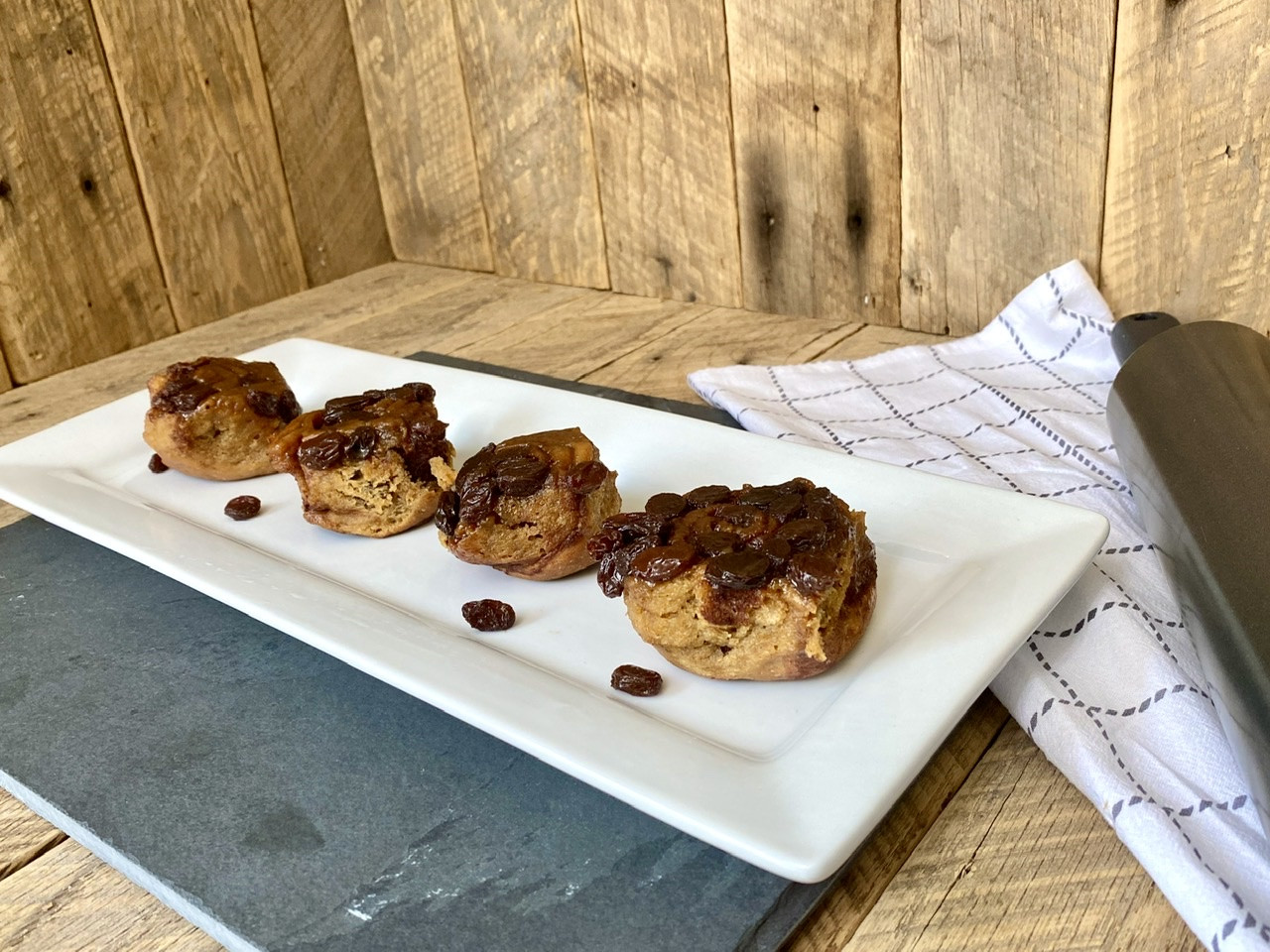 Looking for a sweet treat for dessert without guilt? Here's a Sourdough Sticky Bun that you can feel good about, with raisins at that... Try them as they are baked from scratch with premium ingredients. :)

What is a Sticky Bun? Most people probably know already but Sticky Buns are a type of dessert or breakfast sweet roll that generally consist of rolled pieces of leavened dough (In this case Sourdough Einkorn)— sometimes containing sugar (In this case honey, plus Maple Syrup and Sucunat for the icing) or cinnamon compressed together to form a kind of flat loaf corresponding to the size of the pan in which they are to be baked.

Einkorn Flour: Einkorn is a variety of wheat. It's known as the oldest variety of wheat, or the first wheat, making it an ancient grain. Einkorn and other ancient grains (like spelt) have a thick husk around the very grain. Modern wheat has a thinner husk that's easier to remove.