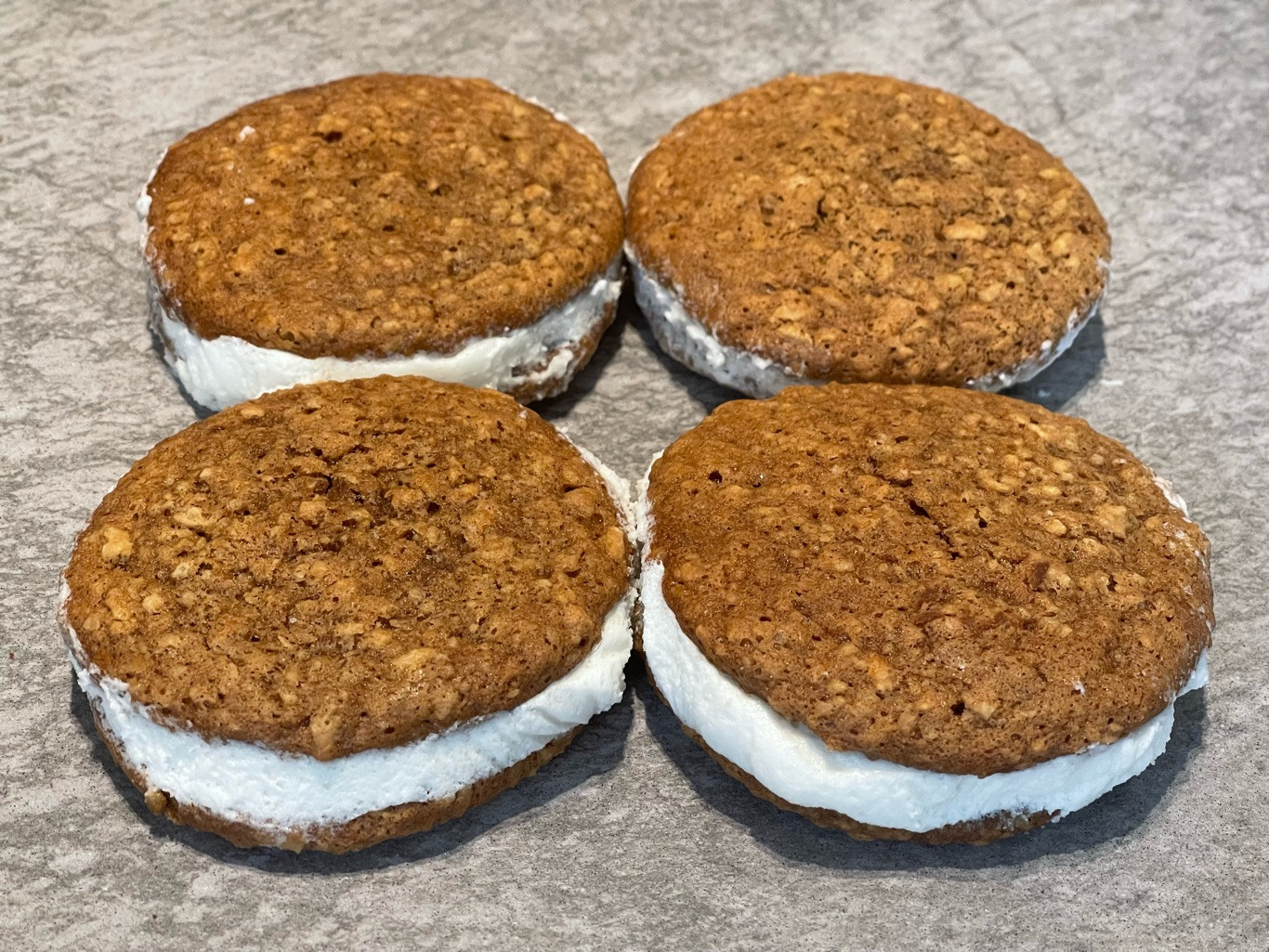 What is a Whoopie Pie? The whoopie pie is an American baked product that may be considered either a cookie, pie, sandwich, or cake. It is made of two round mound-shaped pieces of usually chocolate cake, or sometimes pumpkin, gingerbread or other flavored cakes, with a sweet, creamy filling or frosting sandwiched between them. It's a famous Pennsylvania Dutch Favorite enjoyed by young and old alike! :)WOW! Sprouted Spelt Oatmeal Whoopie Pies!

Sprouted Rolled Oats: This is another one of our standards to use sprouted rolled oats to keep digestibility there, and retain their super, natural fiber source. Makes for a great flavor!